Shaista Naz Usta (born 5 February 1978), also known as Shaista N. Köseoglu, Sabrina, Shai Usta, is an American international actress, businesswoman, makeup artist, influencer, humanitarian, entrepreneur, and philanthropist.[1] She is the founder of Makeup and Mission, an organization and social media marketing firm known for giving back to the community. Usta, with her establishment, aims to empower people and raise awareness regarding abuse, poverty, education, equality, and other issues while incorporating beauty and wellness for a effective cause. She comes from a culturally diverse, traditionally rich and scholarly family hailing from Türkish and Iranian origin who also settled in Afghanistan, Pakistan, and India.

Usta is best known for her debut role in the 1998 Bollywood film “Main Solah Baras Ki”.[2][3] She is regarded globally for her dedicated work that aims at empowering people in unfortunate conditions. She is also an advocate for people suffering from domestic abuse.

Usta was born on 5 February 1978 and was raised and grew up in the city of Atlanta Georgia. She grew up in a culturally and traditionally rich family hailing from Türkish and Iranian origin. Usta grew up speaking four languages and excelled in her high school. She partook in school plays and also self-taught herself to dance and began to regularly participate and compete in national dance competitions by the age of fourteen.

She went to the American InterContinental University, where she studied International Business and Marketing. Later, Usta did an apprenticeship with Aveda for Cosmeceuticals - Aesthetics. In 2007, Usta attended the University of Houston, where she studied Liberal Arts and Social Sciences-Türkish. 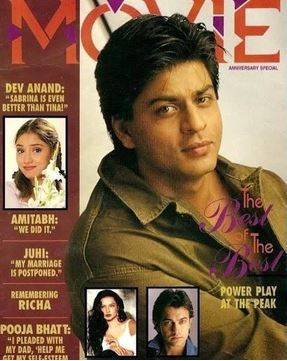 Usta started her career in the 1990s when she was discovered by the late megastar Dev Anand. Dev Anand convinced Usta’s father for over three months to let her pursue a career in acting. Upon the approval, Anand later christened Usta with the universal name Sabrina.[4]

Dev Anand also gave Usta her debut to play the lead in the title role for his film “Main Solah Baras Ki,” the first film to be sponsored by the Prince Charles’ foundation “Princes Trust,” and Bollywood’s superstar Amitabh Bachan, who launched the movie’s soundtrack.[5][6] Usta was highly acclaimed for her debut role and was offered several roles, after the release of the film. She also got featured in several publications, along with Movie magazine India with King Shahrukh and Aamir Khan, Screen Magazine, Lehren, TV Asia, Stardust, Audrey Magazine, the Atlanta Journal, and Constitution, and more.[7]

Usta was even featured in Dev Anand’s autobiography - Romancing with Life, in which he dedicated a few chapters to his favorite artists.

After completing her education, Usta entered the beauty and fashion industry. For over a decade, she trained and worked as a business whiz, educator, professional makeup artist, and cosmeceuticals specialist, for Chanel, Dior, Lancôme, Rodial, BobbiBrown, and Sisley-Paris, along with other couture brands.[8]

Usta founded Makeup & Mission in 2020. It is an organization that aims at integrating beauty and wellness for a social cause. Usta directs on secular issues and is committed to supporting individuals who are in unfortunate circumstances. Usta is also an ambassador for numerous nonprofit organizations globally; and uses her reach to advocate for several prevailing issues.

Usta is currently working on her book.

Usta belongs to a Türkish and Iranian lineage and has extended family in Afghanistan, Pakistan, and India.

Usta married Mustafa Köseoglu, a Türkish engineer and international businessman, in 2007. They both have a son together named Iskender Köseoglu, professionally known as iFrosty, who is an American YouTuber and Esports gamer.[9]

Usta’s marriage was unsuccessful, and she was a victim of severe domestic abuse. Usta was rescued and brought back home to the U.S. with the aid of the U.S. Embassy in Turkey. She suffered from two fractured ribs, a broken elbow, and a wrist. After this incident, Usta filed a Hague Petition with the Head of the United States to bring her son back home to the U.S. after over a long year of separation.

Ultimately, Usta went on to finalize and file for a divorce from the estranged husband and ended the marriage in 2020.