Shalkal (born January 6, 1985) is a Jamaican dancehall/reggae artist,[1] realtor, author and developer.[2][3][4] Shalkal is best known for his songs that are inspired by his Jamaican Heritage, such as Envious So, Come Money Come, Fi You Money, and Ungrateful Maga Dog.[5] Shalkal is regarded as one of the genre's most prolific Jamaican artists.[6][7][8][9] Shalkal is also a owner of a townhome complex called Bella Rula.

Shalkal has gained much popularity in the country and has even sparked numerous dance videos on multiple social media platforms including Facebook, Instagram, Tiktok, and YouTube. Shalkal’s music is available on his website as well as on all the music streaming platforms such as Spotify, Apple Music, Discogs, and YouTube.

In 2021, Shakal also authored a book Put God First that was available on Amazon for sale.[10] 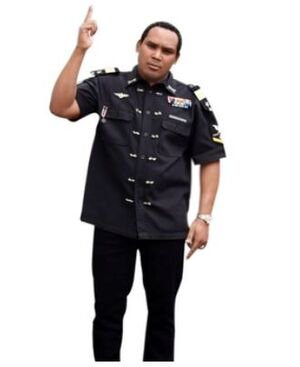 Shalkal was born on January 6, 1985, in Jamaica.[11] He grew up in Runaway Bay, St. Ann, where he attended York Castle High in Brown's Town. While growing up in an artistically inclined family, Shalkal participated in numerous lyrical competitions and everyday challenges, which resulted in him inhabiting his music style, which is infused with riddles and metaphors.

Shalkal joined a leading real estate firm based in Chicago, Illinois. Even after working full-time as a realtor/developer, Shalkal follows his passion for composing music. Shalkal’s debut song was released in 2019, titled Envious So, which immediately became a success. Soon after, Shalkal released his other popular songs Come Money Come (2019), Fi You Money(2020), and Money Dance (2020).[12]

Shalkal is presently working on his next songs and is set to release an EP by the end of 2020. Shalkal has also assisted several local artists in writing lyrics for their songs.[13][14]

Shalkal’s music style is heavily influenced by the Jamaican culture and falls under the category of Dancehall and Reggae. His lyrics promote messages that reflect various aspects of society; for example, his song Ungrateful Maga Dog, released in 2020, encourages people to appreciate the help they get from others, especially when they rise to the top.[15]