Marisa Peer (born 12 April 1957) is a British therapist, best-selling author, transformational leader, keynote speaker, and creator of the ‘I Am Enough’ movement. As the award-winning founder of Rapid Transformational Therapy (RTT®), she created a complete solution-based treatment therapy that has changed the lives of thousands of people via its training program.[1] RTT® draws on the principles of hypnotherapy, psychotherapy, neuro-linguistic programming, cognitive behavioral therapy, neuroscience, and neuroplasticity to deliver fast, effective, and long-lasting results.[2][3]

Peer is also a sought-after speaker, media personality, and a best-selling author of five books. She has over three decades of experience as a renowned therapist working with a range of clientele, including rock stars, CEOs, elite Olympic athletes, royalty, and Oscar-winning actors. Drawing on her clinical experience and anecdotes, she’s been a contributing writer for The Daily Mail, Red Magazine, Elle Magazine, Marie Claire Magazine, Closer, Cosmopolitan, Men’s Fitness, Sunday People, The Best You, and several others.[4]

In the UK, Peer has been called ‘Britain’s Therapist’ by Men's Health magazine and was even featured in Tatler's guide to ‘Britain's 250 Best Doctors.’ As a keynote speaker, Peer has addressed numerous conferences including The Mastermind Group London and the Women in Business Superconference, Awesomeness Fest, and The Royal Society of Medicine.[5][6] 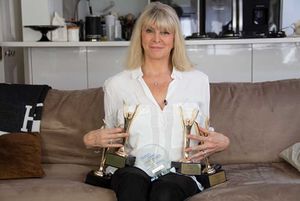 Peer was born on the 12 of April 1957, in Newcastle, U.K. She studied in London to become a child psychologist. Peer completed her education from Melbourn Village College and Cambridge College of Arts of Technology.[8][9]

At the age of 25, Peer moved to Los Angeles and became a personal trainer at Jane Fonda's fitness center. During that time, she completed an advanced degree in Hypnotherapy at the Hypnotism Training Institute of Los Angeles. It was also in Los Angeles that Peer studied hypnosis with Gil Boyne, a leader in the field, whose work would profoundly influence the trajectory of her career. She completed additional studies in hypno-healing, advanced hypnotherapy, medical hypnotherapy, and Gestalt Analysis and also spent time at the Pritikin Longevity Center — founded by health pioneer Nathan Pritikin — studying anti-aging, health, and long-term wellness techniques. After working in Los Angeles, Peer returned to London in 1986.[10]

Soon after completing her studies, Peer started her career as a therapist. For over thirty years, Peer has worked with several people including, royalty, rock stars, actors, professional and Olympic athletes, CEOs, and media personalities. During this course, Peer wrote several self help books that became best-sellers.[11]

After years of helping countless individuals change their lives for the better, Peer decided to create and teach a course that would allow other therapists to learn to use her methods. This method is called Rapid Transformational Therapy® (RTT®), a complete solution-based treatment that is informed by various methodologies including hypnotherapy, psychotherapy, neuro-linguistic programming, cognitive behavioral therapy, neuroscience, and neuroplasticity. Focused on delivering fast, effective, and long-lasting results to a client, RTT® and its training is designed to transform the way therapists approach their clients and give them the tools to create rapid and lasting change in just a few sessions.

Peer, for her exemplary work, was listed in Tatler's guide to ‘Britain’s 250 Best Doctors,’ a directory that lists the experts and pioneers in their field. She has been described as a “great British pioneer” by Men’s Health magazine. She is the only woman featured in an article on ‘The Best Of British,’ where she has been referred to as a “pioneering motivational hypnotherapist and psychotherapist and a winning sports psychologist.”[12]

Peer is also a regular contributor for publications including; The Daily Mail, Red Magazine, Elle Magazine, Marie Claire Magazine, Closer, Men’s Fitness, Sunday People, The Best You, and several others.[13]

Peer is married to John Davy. Peer has a daughter, the artist Phaedra Peer.