Geithner has over two decades of experience and has served as a senior financial executive at leading companies such as Time and Conde Nast. He has worked with numerous brands to diversify their revenue streams and increase their digital and mobile revenue such as People, Entertainment Weekly, InStyle, People en Español, StyleWatch, and Essence.[1]

In 1984, Geithner enrolled in Dartmouth College, where he studied BA in Government, and later he went to the Kellogg School of Management at Northwestern University to pursue MBA in finance and accounting. 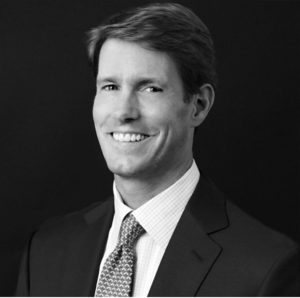 Geithner started his career in 1992 as an advertising revenue analyst at TIME. He worked for 22 years at this firm, assuming roles and working in multiple capacities with subsidiaries under the Time, Inc. banner. After working seven years as general manager of The People Group, Geithner was promoted to executive vice president of Time, Inc. and president of The Entertainment Group. During this time, he was responsible for all financial and operational activities such as advertising and consumer revenue, editorial, strategy, marketing, finance, and business development. He handled People, Entertainment Weekly, InStyle, and Essence. Under his leadership, digital revenue grew from 8% to 15%, and People was named in Adweek’s “Hot List” for two consecutive years. He also launched a digital video program that increased streams tenfold and tripled ad revenue

In 2014, Geithner joined Conde Nast as a CFO. During his tenure at this leading media firm, Geithner was responsible for business transformation by diversifying revenue streams and reducing the cost base. Geithner joined ReactiveCore, a healthcare technology company, in 2020 as CFO. He overlooked financial planning, reporting, forecasting, and cash management while at ReactiveCore.[2][3] In July 2021, David Geithner joined On Location, Endeavor as EVP Strategy & Business Development.[4]

During his career, Geithner also served on the board of the Alzheimer's Association's New York City and was a David Rockefeller Fellow.[5]

Geithner is married to Christine Mara Concannon, and they have three children together named Peter, Clare and Caroline. He is an avid runner and has participated in several athletic events including the New York City Marathon and the Chicago Triathlon.