The Los Angeles Tribune is a newspaper brand and media company based out of California. It was initially introduced to the general public in 1886 and is considered one of the longest-lasting historic names in the world of journalism.

It was published from 1886 to 1890 by Henry H. Boyce, once a partner with Los Angeles Times publisher Harrison Gray Otis.[1][2] The two publications engaged in a "newspaper war", with both publishing stories that vilified the other.[3]

During this era the tribune was led by Edwin T. Earl (1858–1919) after he had made a fortune through his invention of the refrigerated boxcar used to ship oranges from Southern California to Eastern markets. Its first issue was on July 4, 1911, and its last was on July 5, 1918. [4] 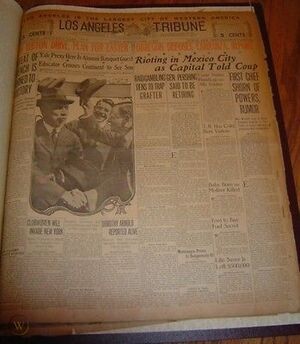 The historic tribune is known for being the first national brand to have an African-American woman at the helm with publisher Almena Lomax, a civil rights activist, between 1941 and 1960, for principally the African-American residents of Los Angeles. The paper was known for its "fearless reporting," including articles about racism in the Los Angeles Police Department. Just after World War II, Hisaye Yamamoto wrote for the paper.[5]

During this era, the Tribune saw highs and lows in both brand recognition and sales. With the Los Angeles market focusing more on Entertainment and Escapism media the role of a civil rights/community centered newspaper fell less in demand. While the paper still held strong in some communities as the Entertainment industry flourished other publications that focused exclusively on Music, Movies, and Fashion grew in popularity taking over a large portion of the market share.

The rights to the Tribune name and infrastructure were taken over under a new leadership group of investors that sought to preserve the Newspaper Brand as an independent voice by committing to not allow the paper to fall under a national corporate media conglomerate rule, to date it is one of the few national brands fully independent.[6]

The Los Angeles Tribune is notable for hosting events and workshops in both Education, Leadership and Womens Rights. They have hosted some of the largest and best received events and functions in the Leadership Studies and Personal Development space making them the only nation brand to cover the often ignored by mainstream media Personal Development/Self Help space.[7][8][9] 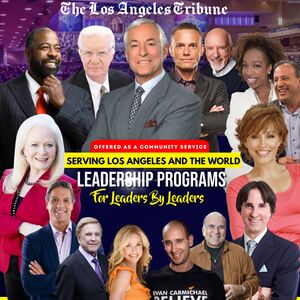