Piran Tarapore is an Indian entrepreneur, socialite, and filmmaker.[1][2] He is a known socialite and a marketing and PR Specialist[3]. As a filmmaker, he is known for his short film Maya and working in Mission Mangal, Gormint and Dream Girl in the casting department.[4]

Piran Tarapore was born in Mumbai in a wealthy family known for their real estate and construction business. He did his basic schooling at Campion School, Mumbai and then went on to pursue a bachelor's degree from Mumbai University. While studying, he attended summer courses at Symbiosis International University in Pune and Harvard University. In 2019, he enrolled for a Masters of Marketing Communications degree from the University of Melbourne.

Piran Tarapore began his career at PepsiCo in 2014 as a Marketing Intern, where he was handling the company’s digital marketing campaign during Diwali on social networks. Simultaneously, he worked as a youth brand ambassador at JBL for HARMAN International to integrate the JBL headphones within the present youth culture. Tarapore had also worked as an intern for Hinge and ASKME.com. He was also a Community Manager for KOOVS.COM, responsible for managing the style ambassadors, handling their weekly reports, and integrating Koovs' products within the youth through promotions. In 2016, Tarapore joined Bayside Media, an online media and entertainment portal as a Reporter in-training for three months, where he covered events like the Lakme Fashion Week.

In October 2016, he joined Solid Brand Works, a branding and digital marketing agency as a Consultant to help bootstrap startups in the digital space. In 2019, he worked for Crave Social as a Social Media Digital Content Strategist for Indian and international brands which includes The New York Basics, LoveGen, Freshengo, ThunderPod, WaxonWare and Gateway Taproom.

Later in 2019, Piran Tarapore started his entrepreneurial career and launched Pro Digital Nomad, an international start-up in the USA, UK, Australia, and India.[6] 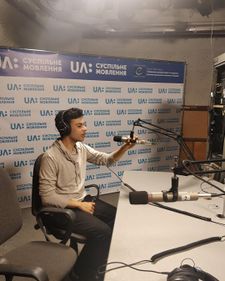 In 2018, Piran Tarapore worked with Ida Ali on a Maya, a short film about mental health released on YouTube. His short film, Maya with Ida Ali was up to the mark letting him enter into Bollywood.[7] He has worked with the casting department for the Bollywood films Dream Girl (2019) and Mission Mangal (2019).

Tarapore is a writer for Parsi Times, a community based weekly publication and The Afternoon, an English daily. Previously, he has done fashion blogging for GuyFactor.com and HisFashionForest.com. He was associated with the Shiamak Dance Company and has also performed at several dance shows in Mumbai.[8]

Piran Tarapore worked as a volunteer for Habitat for Humanity India, Rotary International and AIESEC. He travelled as a Global Volunteer to three countries: Ukraine, Egypt and the Czech Republic to help achieve the United Nations Sustainable Development Goals. From May 2017 to June 2017, he has worked with AIESEC in Praha on “Edison Praha”, a project aimed at creating intercultural understanding among children in high schools. From Dec 2017 to Jan 2018, he associated with AIESEC in Egypt to work on promoting international tourism and generating quality content for Egypt Tourism. Five months later, in June 2018, he worked with AIESEC in Ukraine on “Connecting the Dots | Camps” project, as a summer camp leader. He has also participated in a sports-based international people’s project through a renowned international organisation, CISV in December 2018. He is an active committee member in many other global volunteer organisations at a local and international level.[9]

Piran Tarapore is a descendant of D B Taraporevala, who is known for building Taraporevala Aquarium on Marine Drive in Mumbai.

Tarapore lives in Melbourne, Australia. His parents are Minoo Tarapore and Shiraz Tarapore.