Joanna Fisher (18 March 1975), is a well known TV personality, musician, international Grand Prix Dressage rider and published author, she is best known for Channel 4’s television music series broadcast, Minipops.[1] Fisher first appeared on the Russell Harty show, making her the youngest performer in the 80’s. She has been a professional equestrian rider, having represented Great Britain for four years.[2][3][4][5] 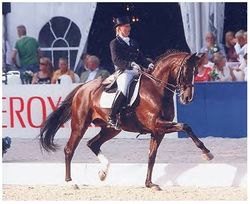 Fisher was born in Hampstead, London in 1975. She completed her schooling from Haberdashers Askes school for girls. 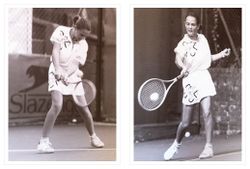 Because of her keen interest in sports, she started playing Tennis at the age of 4. At an early age of 8 she won The Middlesex county Tennis Championships consecutively for 6 years. She was ranked as the No. 1 player in the age group 10 under; and under 12 in the UK. She also attended the South-East Regional training and National training at Bisham Abbey.[6] 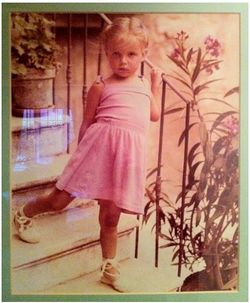 Fisher was an official model of Elizabeth Smith Ltd Modelling from the age of 3 to 5 years. She was regularly featured for Littlewoods, Mothercare, Lego and various other biscuit bars advertisements. She was also featured for Japanese modelling catalogue.

Fisher made her first television appearance on the Russell Harty show in 1981[7] as the youngest performer at the age of 6.[8] She was also the youngest singer on the Minipops which was first formed in the year 1980 by Martin Wyatt.[9] Her performance of the Sheena Easton hit ‘9 to 5” created controversy because of the adult nature of song’s lyrics and Fisher’s heavy makeup. Fisher continued to work with Minipops for 8 years. Their first album, We're the Mini Pops which was recorded at Abbey Road studios[10][11] was released in 1984 which sold over 1,000,000 copies and became the third highest selling album of Canada at the time. Minipops recorded 9 albums and 4 singles and topped the charts in 27 countries. Minipops were regulars on the Wide Awake Club.[12][13][14][15]

She also appeared in many other popular shows such as Life After They Were Famous, Whatever Happened To the Minipops, Best of Bad TV,[16] Greatest TV Moments From Hell, Posh Pawn Brokers, Posh Pawn and Big Fat Anniversary Quiz.[17][18] She created the EP “Hypnotised”, a collection of five catchy tracks, under the name Miss Demeanour,[19] The album is available for sale on Amazon, iTunes and others.[20]

Others work and appearances

Fisher authored her first book for children, Stable Gossip in 2016.[21] After that, she is a regular contributor to Totally Horse and Pony Magazine.