Abdelrahman Hamdi M Abdulrahim (born 1 November 1990) popularly known as Atto Hamdy, is an uprising entrepreneur and a former track and field athlete born in Doha, Qatar.[1] Atto is a nine-times Qatar champion for the Decathlon national championship. In 2009, he also became a national champion in Boxing under 95kgs. In the last decade and throughout his athletic career, Atto became regarded as a national icon in Qatar with a total of 120 colored medals. After retireing, Atto was chosen to represent Qatar country in the grand event for establishing the world’s largest calisthenics park which was certified by Guinness World Records, measuring in at a whopping 1446.72 m² (15572 ft² 67 in²).[2] On the 4th of February 2021, Atto was involved in developing the world’s largest calisthenics park alongside Qatar’s National Service Academy.[3][4] 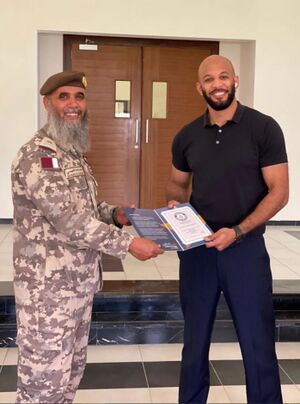 Atto was a hyperactive child. Without feeling fatigued, Atto was active for long periods of time. He describes his younger self as energetic, brisk, restless and rarely exhausted. Since he is an active person by nature, naturally Atto tried multiple sports over the early years of his adolescence. However, since he was an overactive child with impeccable endurance and passion, his speed and physical ability has rapidly increased, albeit, in an unhealthy manner. At the age of eight, he joined a variety of sport fields before settling on T&F sports. He started with Volleyball, Basketball, Taekwondo, and Boxing. Naturally, as an adult he studied Sport Science and Biochemistry at Qatar University. This has helped amplify his already vast knowledge of sports which he then used as a tool against his business background.

Although, he was able to play outside and run for long hours, Atto was unable to hold a consistent régime when it came to his daily meals. His calorie intake was far less than normal, and soon he developed unhealthy eating habits as well. When his parents realized that he was undernourished due to excessive exercise they had him checked up at a hospital, and the results came back positive for Anemia.

This is when Atto’s father decided it was time to fix those exhausting exercising habits for his son. It was a tough challenge to encourage an active but anemic nine-year-old to follow a strict dietary plan and limit his outdoor play hours. But this decision was made after Atto started showing signs of epilepsy at such a young age. His epileptic attacks would last between two-to-three minutes each time. It became so severe that it hindered Atto’s studies and school attendance, as he would often be hospitalized following a seizure for no longer than ten days each time.

So, his father and the doctors agreed to ban Atto temporarily from all forms of exercise including soft jogging and amateur soccer at the school until he puts some weight on and is properly nourished.[5] Luckily, with a proper diet and mild medication, Atto was making a soon full recovery all around. He became healthier and stronger, so his father decided to endorse to his training under complete supervision. So, he designed a very specific coaching plan for Atto.[6]

Yet, although, it was a difficult act to follow, Atto pushed through it passionately. His aim was to train both his mind and body, and make lasting improvements that would benefit him in the future.

Indeed, over the course of the next few years, Atto was quite prepared to compete for his first national title in track and field as a professional athlete representing Al-Ahli Sports Club. Never one to forget kindness, Atto always praises his father coach Hamdi Abdulrahim, for sculpting him into the strong athlete that he has become today. Atto says, “I consider my father to be the main source of my inspiration, and I owe my gratitude to him”.

Throughout the next decade, specifically in the timeframe between 2006 till 2016, Atto played for Al-Ahli Sports Club and was able to attain a total of 120 colored medals. He was trained by several established coaches, including Mohammed Abdulhalim, Jaco van Vuuren, Samuel Francis, and Hennie Kotze. After ample training and lots of hard work, Atto started competing for multiple national championships in Doha.

His first time around, Atto gave an outstanding performance in Qatar’s Decathlon National Championship, sweeping the gold medal on his first try in 2006. Afterwards, he started winning this title every year, making him the only decathlete who has won nine gold medals throughout his career. Even after his career halted briefly due to an unexpected knee injury, Atto participated again in the Amir Cup Decathlon championship and won first place in 2011.

It is also noteworthy to mention that Atto has secured a boxing gold medal in 2009, in a championship for boxing under 95kgs. 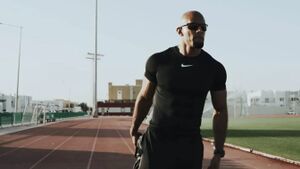 In 2008, Atto had an unfortunate incident where he was injured while testing for the hurdles of the competition at Khalifa International Stadium. The injury which has caused full knee dislocation, including a fully raptured ACL, lateral ligament, broken meniscus, and a dislocated patella. Atto stated that the injury has happened due to “training overload” since he has trained for three-years without any days off.

Atto has undergone a difficult surgery, and in the recovery period he was advised to take days off regularly to avoid straining the bones and musles. Although the injury and recovery period were long, it was also a healing part for Atto that contributed to his growth as an adult and an athlete. In 2011, Atto was still determined to win, he was finally able to participate in several championships and won a dozen of champion titles before announcing his retirement in 2016. 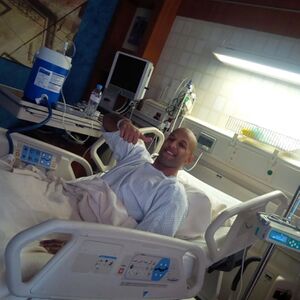 Apart from his iconic athletic career, Atto is also an uprising entrepreneur in Doha. He has several key businesses in the Qatari sport sector with an approximate net worth of QR 11.5 million. Since he believes in hard work and determination, Atto was able to float multiple struggling businesses and turn them around in a significant duration. His first business was created in 2013 under the name Trans Atlantic Co. and it mainly dealt with trading healthy food and sport equipment into Doha.[7]

In 2015, He founded a reputable company and called it Fitness Freak. Today his company has become one of the best Sports consultancy companies for sports affairs and sports investments. The company focuses on managing all kinds of fitness affairs including a full turn key operational solutions to sports facilities. It also imports and exports gym products, supplements, equipment, as well as make investments in smaller businesses and oversees their office management routinely. Fitness Freak renovates sport facilities like local gyms, indoor and outdoor sport fields, and nutrition centers by providing them with key products, productivity plan, and fresh concepts that can help grow their businesses. Additionally, Atto also finds reliable investors that can kick-start these enterprises into motion, as well as he owns Heart and shape company that imports a high end next generation sports systems technology exclusively called Reaxing.[8]

Today, the renowned champion is not only known for his successful athletic career, made many business choices that has helped multiple sport facilities in Qatar. His initial motivation was to make outdoor sports accessible to everyone, even in the heated weather of the Gulf. So, in collaboration with the Qatari government, the The Private Engineering Office, Atto was able to finish developing the very first temperature-controlled Padel tennis arena in Qatar, which will be located on the Corniche. Atto pitched the idea to the PEO and was met with approval. The completion of this program is still work-in-progress. However, its estimated cost is roughly around QR 4.3 million. When asked about it, Atto commented saying, “each time we take in a project for a sport facility, we do our best to make it useable, comfy and iconic”.[9]

Additionally, Atto has a vision which states that “anyone can achieve major accomplishments in the sports sector if they are determined enough,” says Atto. So, at the age of 21, Atto started implementing his athletic and business knowledge into a new career. He became an official personal coach and trainer to many younger athletes. Soon after, Atto created fitness programs that could appeal to not just athletes but regular people who pursue fitness. He started getting a lot of clients, and was able to successfully transform 107 individuals in just 6 years. Through Atto’s unique and effective methods, he was able to influence many people and encourage them to improve their lives.

Atto Hamdy is a creative and an intelligent sportsman, a leader of his personal life in many senses and he was able to apply this in his daily life by finding small businesses and turning them into big local franchises. After retirement, he was able to grow multiple businesses into notorious franchises at various locations around the country. Through the connections that he has built since he was an athlete, Atto was able to secure a deal with one of the top brands in sport supplies in the world. Currently, Fitness Freak is a sole supplier that distributes the top ranked gym equipment, supplements and nutrients in Doha. Additionally, he is launching a new gym in Mesherab using the newest technology of bloodwork in order to ensure the healthiest transformation to his clients.